‘I Will Carry the Sky’

Review of “Coming Home to Tibet” By Tsering Wangmo Dhompa 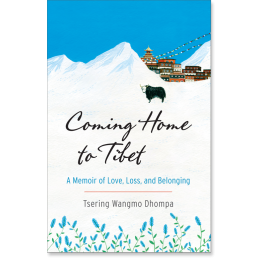 Coming Home To Tibet is a crowning achievement, a quintessential book worthy of the granddaughter of a Khampa chieftain from Dhompa in eastern Tibet. This should and must be read by all Tibetans and their friends for a thoroughly nuanced understanding of Tibetan lives then and now.
Posted by BaDSonam at 21:38 1 comment: