It’s Not Over Yet

The Second Tibetan National General Meeting concluded on 24 May amidst thunderous applause. The participants took sighs of relief, patted their friends’ backs and shook hands with others. There was a general air of satisfaction and positive energy. 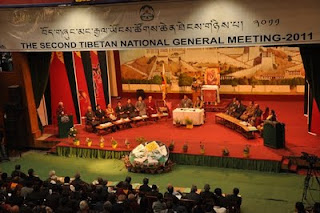 All Tibetan meetings generally end with Tsog du gyal khai ngang jug dril wa yin meaning ‘this meeting has concluded in a victorious note’. We love things to be auspicious and conduct most events in our lives with lot of symbolic gestures. As a result, the leader of the Group-10 (participants were divided into ten groups for better discussions) had his group’s summary presentation done by two people so that there were eleven presentations on the final day. Any number that ends in zero is inauspicious. This group leader had some sense of humour. Even the generally sombre Kalon Tripa chuckled.
The Tibetan National General Meeting was, perhaps, one of the most important landmarks in Tibetan history since the founding of Ganden Phodrang Government of Tibet by the Fifth Dalai Lama in 1642 and the declaration of Tibet’s independence by the Thirteenth Dalai Lama in 1912. The meeting was called on by the Tibetan Parliament-in-Exile, and representatives from Tibetans living in as many as thirty countries came to discuss crucial issues in the proposed amendment in the Charter for the Exile-Tibetans. The amendments were mostly regarding the devolution of His Holiness' political authorities to the elected Tibetan leadership. 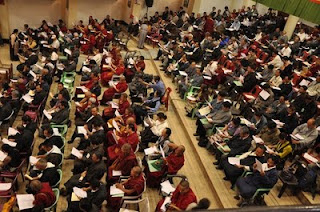 After two days of intense and vigorous discussions, the Tibetan people, through their representatives in the meeting,  clearly voiced their concerns, aspirations and desires. Many of the key issues such as using Tsenjol Bod Zhung for the exile administration got overwhelming support.
Both the current members and members-elect of the exile parliament took part in the convention. They were fully aware of the people aspiration and wish. As a result they will most likely take decisions on the proposed amendments in the on-going special session of the parliament.
While doing so, they must bear in mind the wish of the Tibetan people, the long-term struggle for Tibet’s freedom and must be keenly aware about any indication or subtle signs of political manoeuvring to sway individual’s decision.
At this critically important time in our history, various factors are in play. Some are not visible on the surface and others reflected through different prisms. Therefore, it is vital to watch out for a tiny modification in a name, switch of a few terms here and there or a different use of a word in the Charter, which will have drastic implications for Tibet and Tibetans and in our ongoing struggle for freedom.
Posted by BaDSonam at 22:52