China’s political system is a darkroom, where we are often left to speculate on all crucial issues. Event concerning Xi Jingping, who has gone off the radar for the past days, has left the China scholars, experts and professional commentators to think over hundreds of possible reasons. Last week, Xi cancelled meetings with Secretary of State Hillary Clinton and the prime minister of Singapore, Lee Hsien Loong. On 9 September, he failed to show up at a meeting with the Danish prime minister.

Xi, who is decribed by New Yorker's Evan Osnos as a 'five feet ten, dark hair, dark suit, red tie [with] Mona Lisa smile', is slated to takeover the reins from Hu Jintao, during the 18th Party Congress, which generally takes place in October. However, no date has been set yet for this all-important meeting. The last congress was also held in October, and dates were made public two months in advance.

Lack of any official statement of any kind is intensifying the speculations with observers and Chinese netizens talking about a mild heart attack, bad luck, an injury sustained while swimming or playing soccer or injuries suffered in a traffic accident.

This morning Business Insider quoted Li Weidong, a political commentator in Beijing and the former editor of China Reform, who said, ‘Although people have said he suffered a back injury, he actually had a heart attack, a myocardial infarction.’ China Reform is an influential magazine among Chinese policymakers. However, Willy Lam, the former editor of the South China Morning Post, believes China's president-in-waiting had a stroke and is currently unable to show his face in public.

Nail Polish from Hong Kong
Ernesto Barba, a maverick Italian hospitality executive, was posted in Lhasa to oversee the opening of the Holiday Inn Lhasa. Barba landed in the Tibetan city in October 1990 and immediately got into work and in trouble the Chinese authorities. His marketing gimmick, a mix of fashion and pop culture to generate free publicity for the hotel’s opening, included the first-ever Miss Tibet contest and flying-in of journalists from Hong Kong. This did not go well with Public Security Bureau, Tibet Cultural Bureau and other authorities. Nevertheless, Holiday Inn Lhasa opened and Miss Tibet pageant took place.

Barba’s marketing skill and his charm with women was well known. In his earlier job in the Ritz Taipei, he got Anne Parillaud, the young ‘Brooke Shields of Paris’ to come for the opening. Anne was 19 at the time. In 1978, Barba managed to coax Jeanne Moreau, the French actress/singer/director to come to the opening ceremony of the Soto Grande Hotels.

During his time in Lhasa, Ernesto Barba was reportedly seeing a PLA soldier, who was known for her beauty and singing. When his friend, who now lives in Hong Kong, planned to visit to Tibet during that time, the one and the only item that Barba ordered was a green nail polish. ‘A very particular green’, he said that would ‘match with her green uniform’.

Peng Liyuan or Mrs. Xi Jinping, a civilian member of the People’s Liberation Army, who now holds the civilian rank comparable to that of a major general, was one of the first women in China to obtain a master's degree in traditional ethnic music. Peng joined the PLA when she was 18 in 1980. Some of her famous hits are On the Plains of Hope and a song about Mt. Everest. 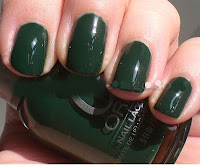 There were and still are very few PLA soldiers with stunning physical outlook and a voice to go with, and given the fact that Mrs. Xi has lifelong interest in ethnic music, we can conjecture that she might have been the one the eccentric Italian manager of the Holiday Inn Lhasa was seeing. It was said that Barba would smuggle in the PLA singing beauty into his hotel suite, where he would paint her toe nails green to match the colour of her uniform.

At the time Ernesto Barba was running Holiday Inn Lhasa, he was also finishing his Ph.D. from Sorbbone on a commentary to The Fifth Dalai Lama’s Visions. Incidentally, he was the second foreigner ever to study at Sera Monastery. According to his Hong Kong friend, while in Lhasa Barba ‘devoted as much time obtaining and sending out information to help Tibetans as he did running the hotel’.

When I first read about missing Xi and speculations and experts’ assumptions on what might have happened, I almost certainly thought it had something to do with his flamboyant wife or even their daughter Xi Mingze, an undergrad student at the Harvard University. After all earlier this year, a senior Communist leader, Bo Xilai, vanished from view after his wife was charged with murdering Nei Haywood, a British businessman. And at the beginning of this month, another senior official was unexpectedly demoted after a scandal surrounding his son.

If indeed, Xi had a heart attack, all of us who speculated will have a good laugh and he will most likely go on to rule China for the next ten years. But the core issue is the secrecy with which CCP operates and how anachronistic it has become and how painfully it hurts China's urge to become a global power. Perhaps, this is how the eventual decay of an empire begins - from inside.
Posted by BaDSonam at 22:41